The Truth About Doctor Diversity 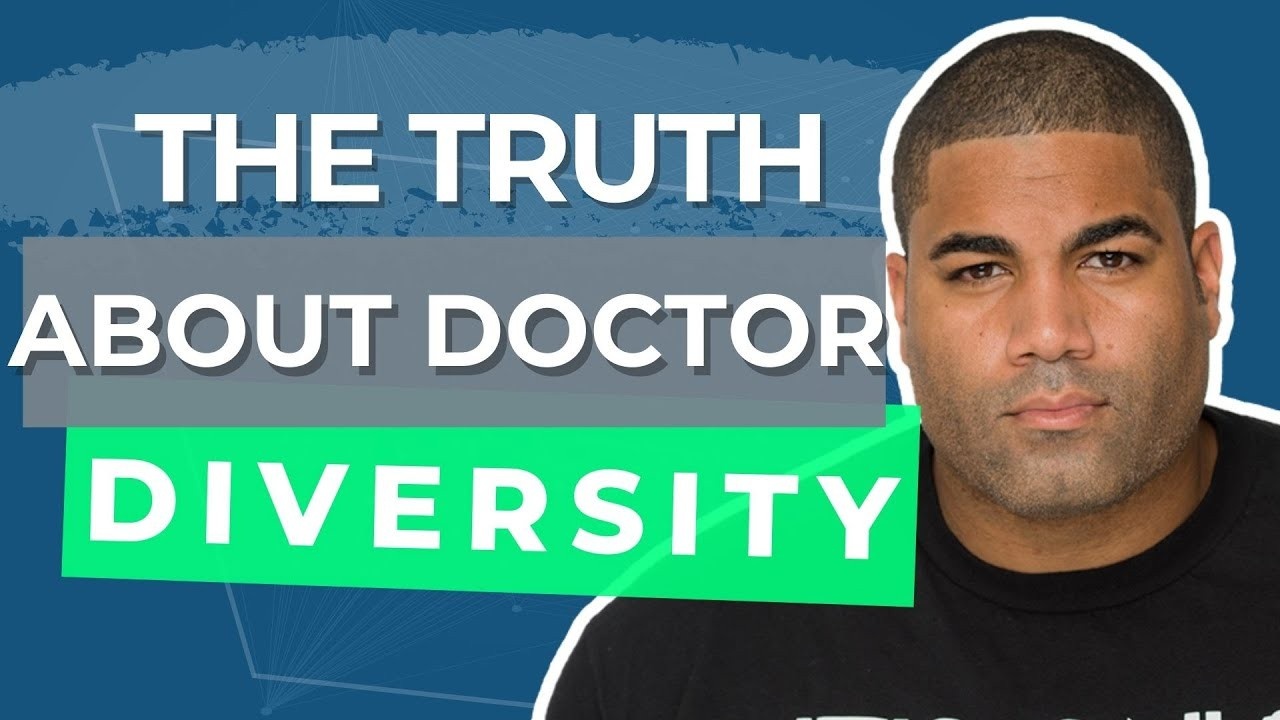 What up guys? Dr. Andre Pinesett here -  The Study Doc. As always, I'm here to help you guys be better. Students be better pre-meds and just in general, to make this world a better place, right? It shouldn't be educated and formed and empowered. Yes. So today we're talking about diversity in medicine. It's a big, hot burning issue.

It helps our healthcare system run better. It is better for everyone involved. However, despite us recognizing the importance of it. And despite us saying, we want diversity. The reality is we've made very little headway in terms of increasing diversity and increasing opportunities for disadvantaged students. And I think the biggest problem is that we are so focused on creating awareness of an issue that everyone is aware of.

Right? Everyone understands that there's a lack of diversity in medicine. Some people think it's not important. Some people don't value it. Other people do value it, but us being one way literally about it. It's not going to change anything. What has to happen is that we have to create opportunities for these diverse students to overcome the problems that come with being a diverse student. We don't see color like there aren't different student experiences. As a student of color myself, I can tell you my premed experience going through higher education, going through medical school was rife with moments of discrimination was rife with moments of difficulty that were triggered by the color of my skin. I'm not saying this to have a pity party.

I'm not saying this to say whatever I'm saying to understand that there is a differential experience for students of color. And if we don't do a better job of addressing that differential experience and making that experience a positive one, we will never see diversity increase in medicine. And I think that some of the things we've done to do this by creating communities and it will be seen online.

In my case, I was told to change my major from biology, into African American studies. And then I wouldn't graduate college. And then I wouldn't get in medical school. And when I heard that, and if I tell you guys that you're like, Oh man, that's crazy. And then if I followed it by saying, Oh, I got into Stanford medical school. And I granted top 5%, my Stanford Russell class, even going to ask is amazing.

I can do a two and you feel good for a minute, but if we're being honest, what do you really say to yourself after that initial high? Whereas often of hearing someone who's like you, and then what's successful, you say, Oh, well, they must've got lucky. Something was to happen. Well, that doesn't apply to me how we bridge that gap is that I break down how I did it, starting with the fact that I recognize that just because I am a student from a disadvantaged background, just because I do look different than everyone else I do belong. I do have a place and I have to forge my place and show them that I belong. So I recognize at first it wasn't, I don't belong in it, but I'm going to show them that I belong here. And to do that, I have to put in massive amounts of work because I truly am disadvantaged because I truly am not like them.

So because I'm not like them, I have to work differently. And I got to work, grinding, making sure that I always outworked everybody and what that process I educated myself or wouldn't do to be successful. And so for me, I'll tell you, I tell everybody you want to be successful college student. You got to learn how to study and study well study efficiently. Because if you were going to sit here and struggle your whole way through and think affirmative action is going to move you through the meters. It isn't no one cares about your blackness. In fact, the opposite of people don't want to see your darkness persist and succeed in higher education.

So what you have to do is become competent, become proficient. And when you become that competent, you will develop confidence and that confidence will allow you to stop feeling like an imposter and actually start being someone who belongs there. So does that make sense? Everybody? I had to change my perspective and I do belong here. I gotta make myself belong here. I need to water. I was working hard when I was educating myself and informed myself.

So that way I could become competent. I have the knowledge base to deliver and actually studied. Eye-level get the grades, give you the opportunity and succeed. And so as we talk about medical diversity, guys, we've got to stop talking about it from a show me perspective, like tell me protectively. We have done a show. Me, show me how you did it. Not just show me where you're at, because all this pose in all this stuff of showing people in white coats, it does nothing to move the meter because people don't know how to get to that white coat.

Do you guys understand what I'm saying right now is very important and people are going to see this video. They're even a little confused by it. I wasn't perfectly clear. I think it's great. I think it's great that people want to be seen and that we are showing students that even no matter where they come from, what they look like, they can be successful. But the years, 20, 20 guys, how do you not realize that a black person that could be whatever they want an America?

Obama was president. If he could be president, you can become a doctor. So we recognize it. We see it everywhere. There's plenty of people out here posing in white coats. But the real step to make a real difference is to actually empower and educate these students on what it took to go from where you started to the white coat. We can't just say I struggled now.

And so I just want everybody to understand if you're serious about diversity, stop, shouting, stop putting up posters, stop posting needs. Instead, educate yourself, change their perception of students of color, become competent, succeed. And then don't just say, Hey, look at me, actually grab people and show them what you did to be successful. That's going to uplift students of color.

That's what we gotta do. That make sense, everybody. Alright. That's all I got for today. I'm about to Hunter pine said, like I said, I'm here to uplift students to empower students, to educate students. If you are ready to step up your game, to get more informed, to get more educated.

I want you to get to my website, thestudydoc.com, get into a course into a coaching program and level up. If this is your first time here, joining me whether your YouTube channel or the podcast take the time to subscribe. If you're on YouTube at the time of subscribe and turn on live notifications. So, you know, when I go live, when there's a new video, I thank you guys so much for joining me.

I will see you next time. How do we always end these videos? No excuses just dominate. See you guys next time.

Receive exclusive discounts, special offers and be the first to get fresh updates from Dr. Pinesett.